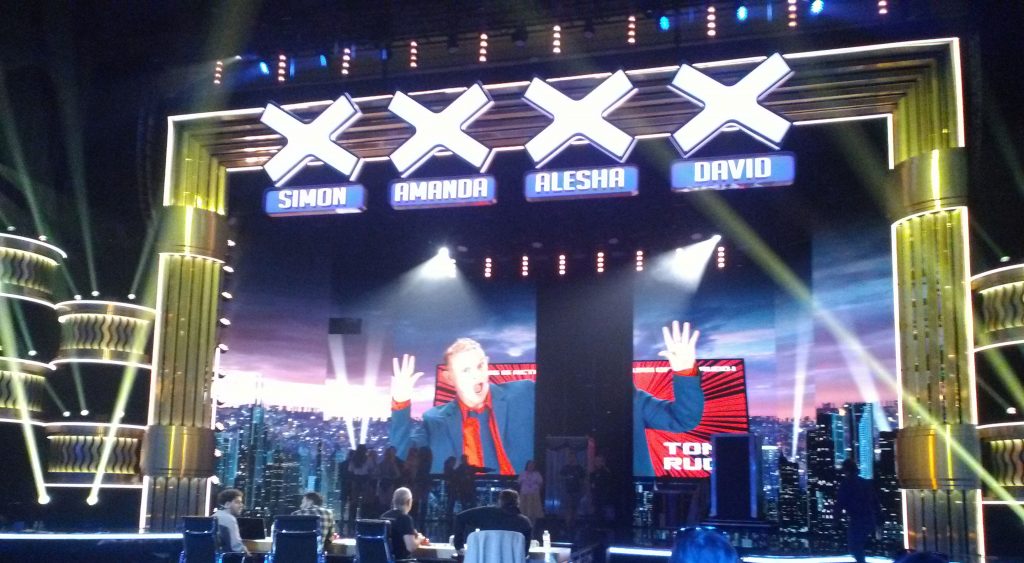 In late May 2019 Tony got to the live semi- finals of series 13 of Britain’s got Talent.

“I was challenged by the producers to do something with impressions that had never been done before, I came up with the crazy idea of using household items to enhance/change the voices I do and was very surprised when they said they ll put me in front of the judges”

They filmed the audition in front of the judges in the London Palladium, a performance mecca for the showbiz elite and to perform there was a life long dream for Tony

“The spot where they ask you to stand, is the spot where Bruce Forsythes ashes have been placed, I was afraid I might start channelling Brucie!!”

In a routine that featured Michael McIntyre ,Vader, Yoda and C3PO from Star Wars, Simpsons and Minions Tony received a standing ovation both from the judges and audience and gained the coveted 4 yeses to proceed to the next round!

Simon Cowell said “Its Original, I knew who they were, I like you, this great!”

David Walliams said “Theres only one way to judge comedy, is it funny or not and that was brilliant”

Amanda Holden said “Youll inspire Dads to try it at home to entertain their kids!”

He got through the Deliberation round and on to the Semi-Finals in front of 12 million viewers.

He received another standing ovation and lots of laughs from the Eventim Apollo audience amid more great comments from the judges in front of 11 million viewers!!

Amanda said “You were slick and professional and not a single second was wasted, all your impressions were on point”

On the Semi -final day Tony was interviewed on This Morning doing his impression of Eamonn Holmes, appeared on Meridian News, BBC Radio Solent and an interview for the Radio Times.

“I didn’t get to the final but im proud to have got to the semis with a Bonkers idea.”