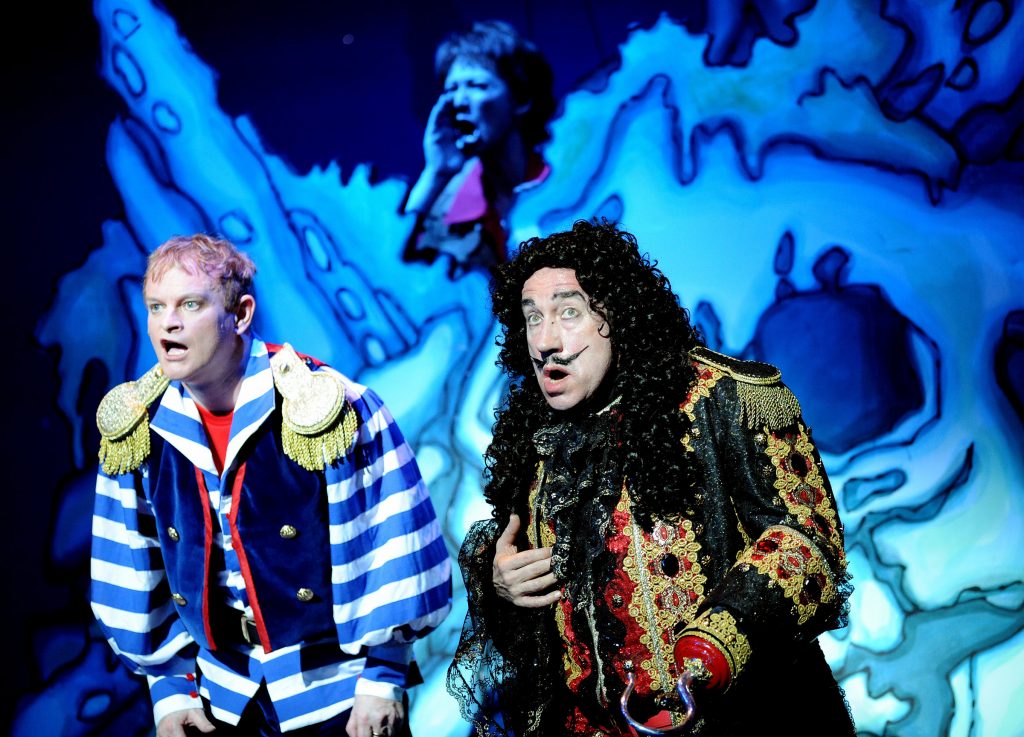 This Christmas Tony will be performing as Buttons in Cinderella at the Ellesmere Port civic centre alongside Coronation Street actress Connie Hyde. (Please check the poster for dates).

Tony has worked extensively in Panto with 25 Professional Christmas shows under his belt!

He has performed in Productions presented by the UK’s Top Panto Companies such as QDOS, First Family, Extravaganza, Spillers and Paul Holman Associates.

Playing Buttons in many Cinderellas, Smee In Peter Pan, Muddles in Snow White, Wishee Washee in Aladdin, Silly Simon in Jack and the Beanstalk, Idle Jack in Dick Whittington and even naming his own character Ruddles in Beauty and the Beast!

A glutton for Panto punishment he has even appeared in Summer Panto Seasons for QDOS productions touring the Haven Holiday Circuit. In Aladdin, Jack and the Beanstalk, Beauty and the Beast, Mother Goose, Pirates Ahoy and the Little Mermaid.

“Whilst Simon Callow and Bonnie Langford were supreme professionals, the show was stolen by Smee played campfully by comedian Tony Rudd. He also led the singalong audience participation and charmed us by persuading four young children to go onto the stage and tell us about their favourite subjects at school (the answer from one was “Chelsea”!).” (Kids in London)

“We all love panto traditions, which Richmond Theatre’s Peter Pan with Simon Callow and Bonnie Langford. The scene-stealer, however, is the comedian leading the audience bits (this year at Richmond, Tony Rudd), whose skill is to be accessible to kids and also work in adult humour.” (BNET UK)

“Tony Rudd, as Smee, Hook’s sidekick and the chief pirate was brilliant. He combined his pirate role with that of the panto ‘entertainer’. In this role, he used both jokes (with only a ‘light’ sprinkling of ‘double-entendres’) and very good and clever impersonations, which were understood and enjoyed by all the audience, young and old alike. Like Hook, he built up an excellent rapport with the audience.” (The Public Review)

“This production is bright and colourful, and is blessed not only in Mr Callow but also in an excellent Smee (Tony Rudd), who goofs around with children from the audience by impersonating various TV stars.” (Quentin Letts Daily Mail)

“St Alban’s Snow White – the show really belongs to Tony Rudd as Muddles. Rudd is a panto natural who creates instant rapport with all ages, his excellent impressions, warmth and energy cannot fail to win an audience over.” (The Stage)

“The productions real star turn was Tony Rudd. The irrepressible comedian, to be honest, holds the entire show together. In the panto, he plays the part of Muddles who gets his words round the wong ray, if you see what I mean. But he also warms up the audience before the performance, tells an incredible amount of topical gags all the way through, adds dozens of lightning-quick impressions and rounds off the show with a hilarious 10 minutes with the kids from the audience before curtain down. In between Rudd stars in a five-minute sketch as a spell cursed frog that’s the funniest piece of slapstick you’ll see anywhere!” (Alan Candy -Herts Herald and Post)